For the seventh time, on 19/20th September 2020, the annual Mr Sneakers Poland contest took place in our pub. 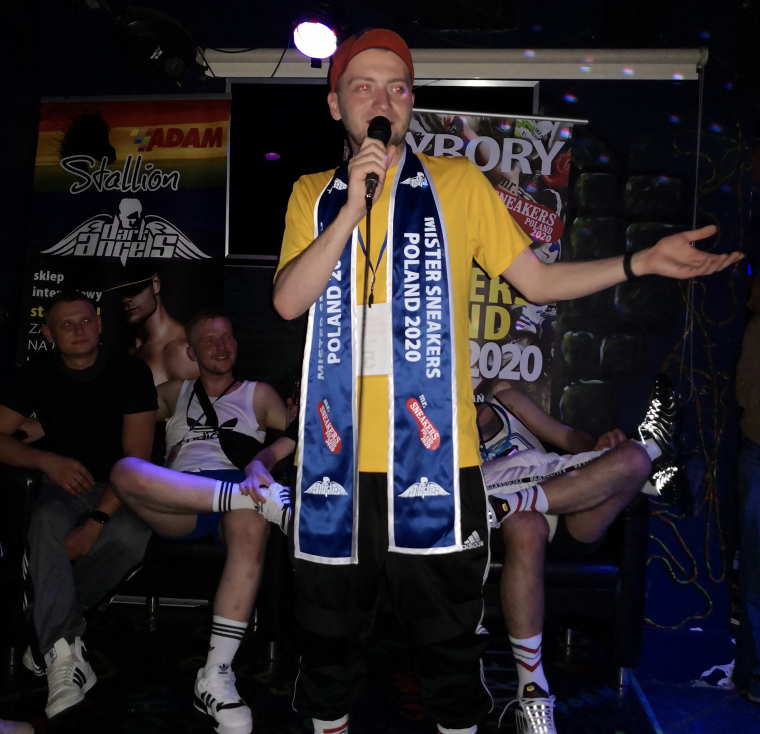 As every year, the presentations were compered by Michał – the originator of this event. Sister Mary Read SPI assisted him at counting the votes on stage and provided the newly elected Mister with the Sisters' traditional blessing. The outgoing Mr Sneakers Poland 2019 Pixel was also there to give an account of his year-long term of office and pass the title to his successor.

The audience autonomously elected the candidate no. 5 – Tomasz from Warsaw as the Mister, by voting for him 33 times. This was, by the way, his third attempt to win after his two previous participations in 2014 and 2019.

The Mister was awarded 1500 zlotys in cash and a voucher equalling 500 zlotys to be used for shopping on Stallion.pl, the webshop our club also runs. Both the first and the second runners-up were given 500 zlotys in cash each. All four candidates additionally acquired a set of LGBT-themed feature films sponsored by the distributor: Tongariro/Outfilm.

Our deepest thanks to the participants, the staff and the audience for being there and creating a wonderful atmosphere of friendly rivalry. The winners are kindly asked to accept our sincere congratulations.