16/17th June 2018 was the night of the fourth edition of the Mr Fetish Poland Contest in our club. The battle was fought between three candidates: Łukasz Kasprzak – aged 37, from Cracow; Tomasz Molis – aged 32, from Warsaw (who took part for the third time), and Arkadiusz Makarowicz – aged 28, from Leszno. 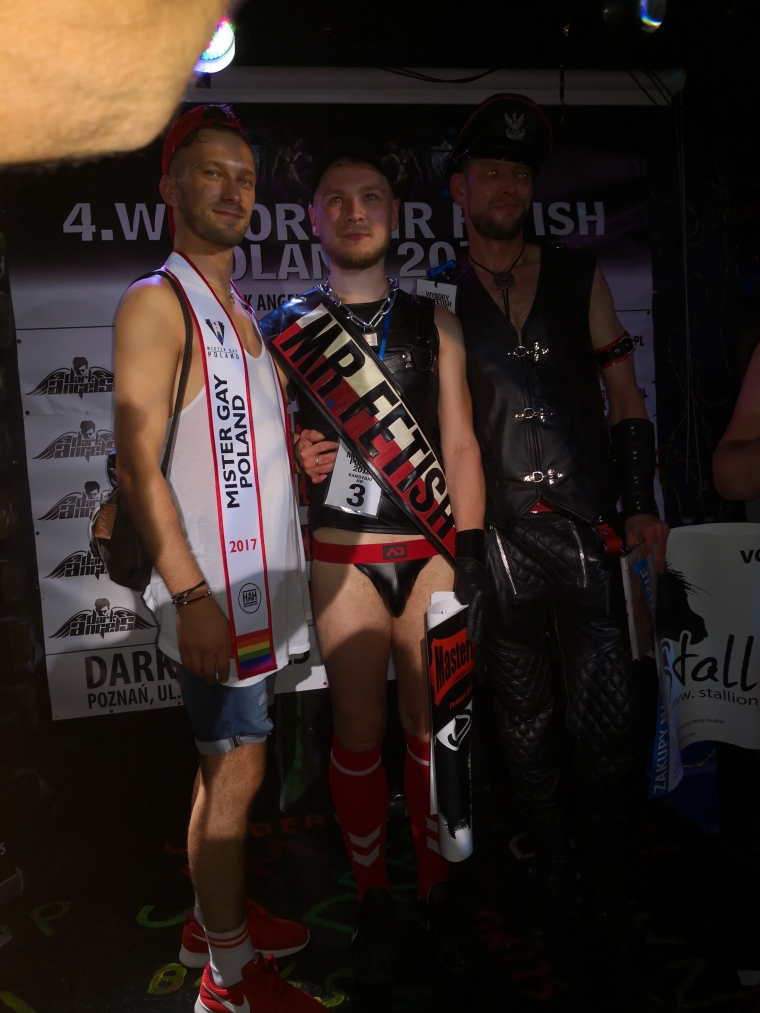 Exclusively by votes of the audience in the club, which were publicly counted on stage in presence of everyone, the title of Mr Fetish Poland 2018 went to Arkadiusz Makarowicz, who scored 30 votes.

Łukasz Kasprzak, with his 23 votes, came the second and won the title of Vice-Mister Fetish Poland 2018.

The election night was co-compered by our most remarkable Drag Queen Migota, who also entertained us between two presentations of the candidates and the proclamation of the verdict. Her powerful voice did help her to gain many admirers here.

Our sincere congratulations go to the newly elected Mister and Vice-Mister, and our deepest gratitude to Migota and the sponsors: Mastercolt.pl and Masculo.pl webshops, the Warsaw sauna Heaven, and Tongaririo Releasing/OutFilm – the distributors and promoters of gay cinema – for their kindest involvement and contribution.