On Saturday, 17th March 2018, our club Dark Angels was celebrating its seventh anniversary. 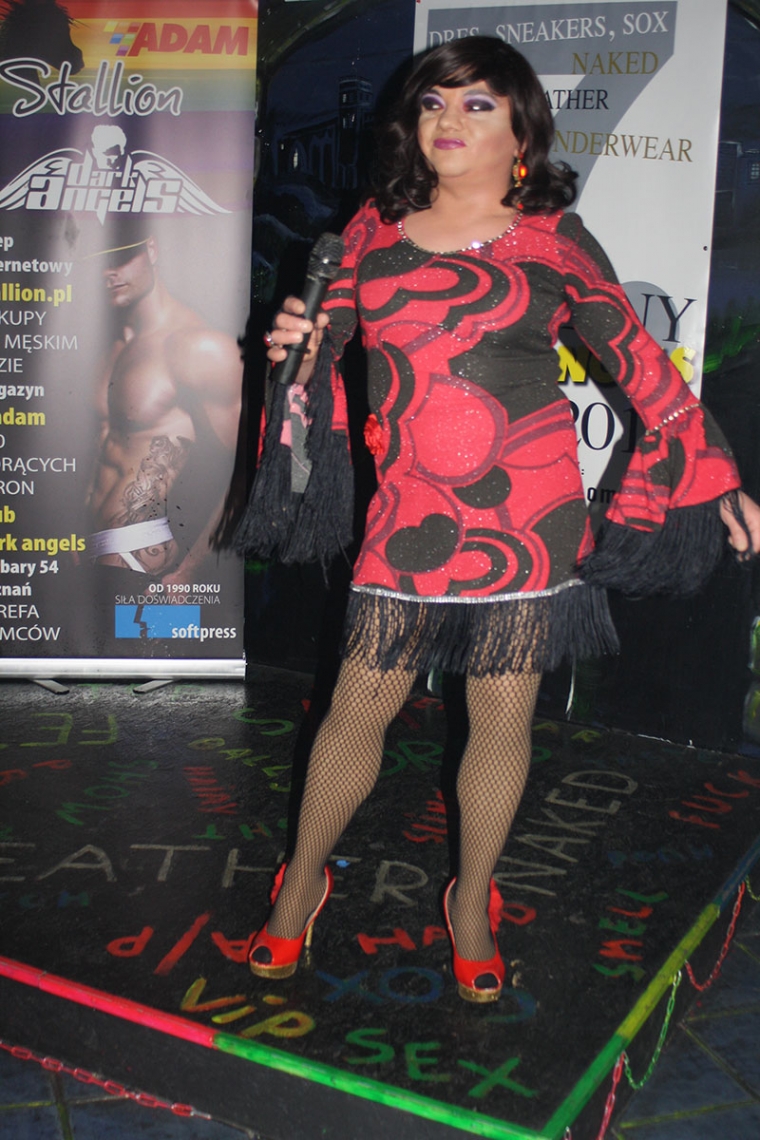 We want to thank everyone who was so kind as to keep us company that night. All the guests hopefully had excellent fun, mainly thanks to the star of the night – drag queen Migota, who as ever charmed us all with her powerful voice, refined stage attire and uniquely sociable manner. DQ Migota appeared on our stage three times, every time clothed in a different way, and presented some of the greatest not only Polish hits, making the original performers of those songs feel ashamed by her extraordinary musical arrangements. The party spontaneously turned into afterparty which lasted till much after 8.00 in the Sunday morning.

On Saint Patrick's Day each guest when leaving was given a bottle of Heineken beer and a beer glass.

We also took care of our guests' stomachs – after Migota's show two kinds of pizza were dished out.

One of the club's friends, Zbyszek from Szczecin, whose nameday was celebrated that very night, treated all to dry champagne.

We do believe that next year we shall meet as a group yet bigger, and will be enjoying ourselves at least this awesome.