For the fourth time, on 2nd September 2017, the annual Mr Sneakers Poland contest took place in our club. 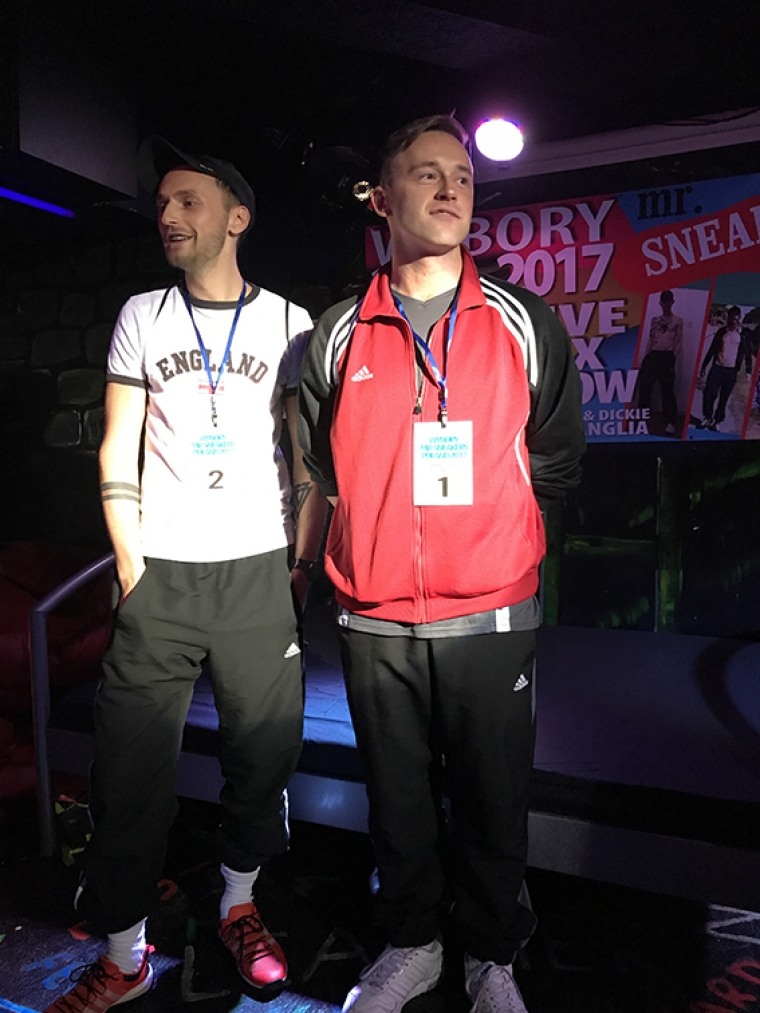 However we only had two contestants this year, both of them are chavs in class of theirs own. After the official presentation and another episode of testing the state of the two men's socks by two devoted testers, the voting cards placed by the audience in the ballot box were counted in public, that is on stage, for everyone present to see.

By decision of the club's guests Piotr from Poznań, the candidate no. 2 (at left in all photos), got elected for Mr Sneakers Poland 2017 (even though his socks in the opinion of both testers proved to be less "inspirational" than his rival's). As a matter of course Radek from Cracow, the candidate no. 1 (at right), became the 1st runner-up.

Our sincere congratulations and gratitude to the boys, as well as the best wishes of prosperity in the field of the sneaker fetish.