25th March 2017 was the day of the exuberant celebration of Dark Angels' 6th anniversary. 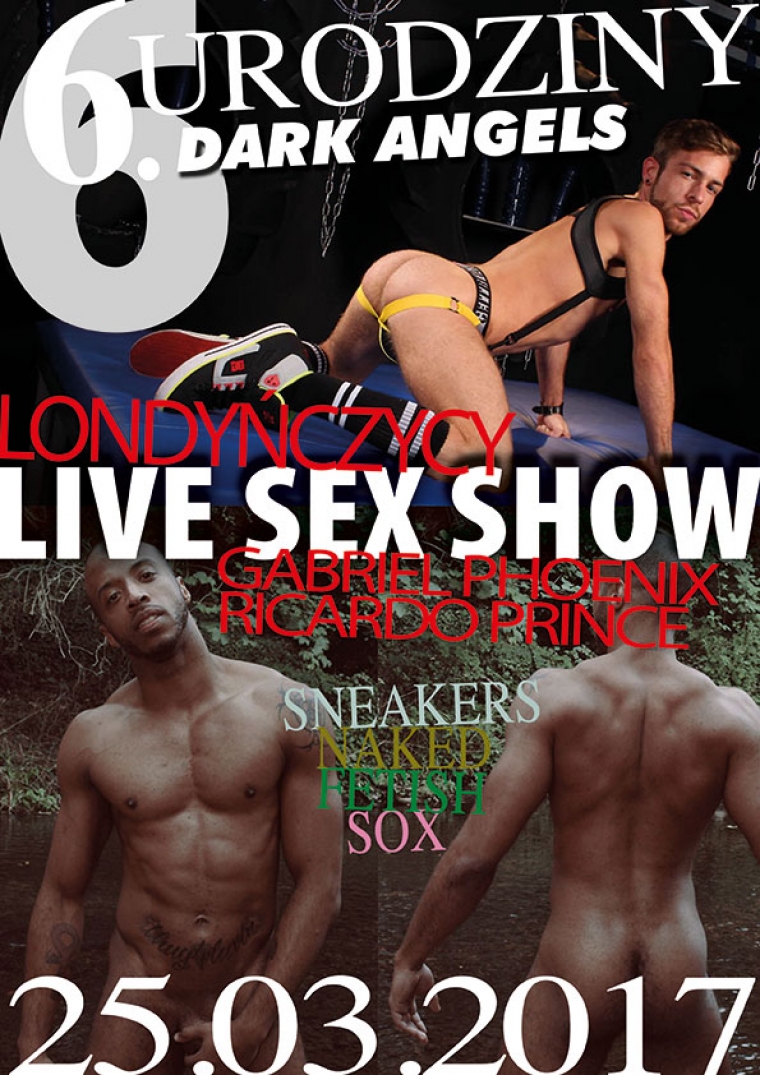 Our very deepest thanks go to all who favoured us with their presence that special night!

Kamil, Mister Fetish Poland 2016, prepared quite a surprise for us. His masked helper mummified him with black foil at everybody's sight. It was a unique occasion to witness this rare fetish technology performed live. This unusual spectacle attracted many viewers.

But undoubtedly these two outstanding performers from London: the go-go dancer Ricardo Prince and the porn actor Gabriel Phoenix earned themselves the name of this night's stars. They presented a three-piece live sex show on our stage. The first part began sharp at midnight, the second one at 1.00, and the hottest and wet third one – at 2.00. The actors self-sacrificed totally, they ran with sweat (and not only sweat indeed) from the effort to make their show one of the best ever seen in this theatre for the whole six years! They also proved to be very talkative, and were sought-after by everyone in all points of the club. They praised the Polish audience for being spontaneous, interactive and involved, in contrary to British gays whose reactions to this type of shows are rather restrained. Our magazine „Adam” will soon publish a very personal interview with them.

The event was accompanied by a small exhibition of fetish photos by a Spanish photographer Xavier Vazquez Solano – to quote his own words – an ordinary boy from Barcelona (where he actually lives), who is an „intuitive” type of photographer, i. e. the artistic result of his works originates from an intimate stimule given to him by his model; the technical side of the process is only in the background. Xavier is very much respected by the fetish community world-wide, and his numerous exhibitions: in Barcelona, Porto, Ibiza, Madrid, Paris, Cologne – are the best evidence of it. This year his photos are to be seen in Warsaw and Poznan. You can find many more on his website and Facebook accounts:

Thanking all our dear guests again, we do believe we will have the same fun a year later. And for now we invite you to our main events in the course of 2017, all already being displayed on the main banner.